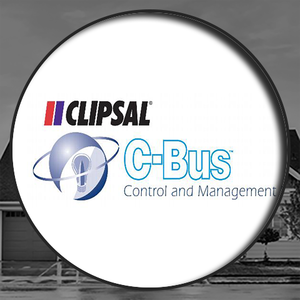 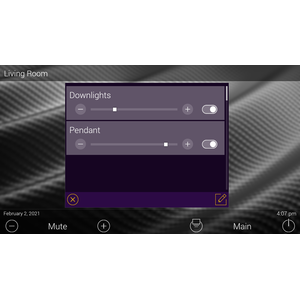 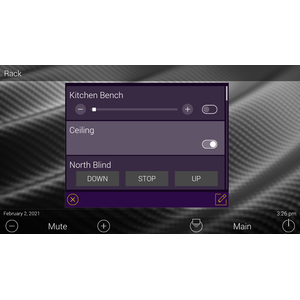 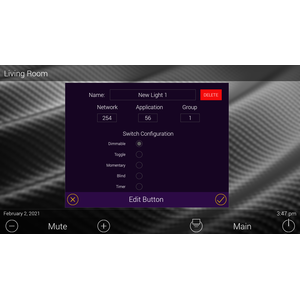 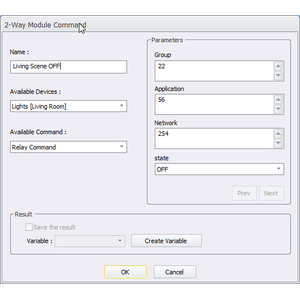 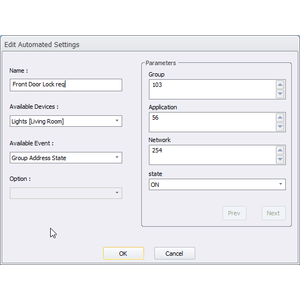 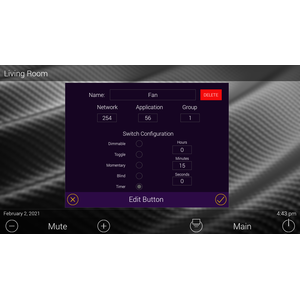 The Clipsal C-Bus Advanced URC module provides control over your C-Bus system, using a user interface you configure at run time. A light changed, or new group address added? Just click the edit button for that room and update the details, no need to do an URC programming.

The configuration of the buttons allows for setting them as dimmable or non-dimmable, allowing you to configure them to control lights, scenes, water features, garage doors, anything you have programmed in to your C-Bus system.

The C-Bus Advanced module includes a full user interface to configure your C-Bus system for full control from URC. The module uses a core / interface design to allow for the greatest flexibility in layout out your controls. 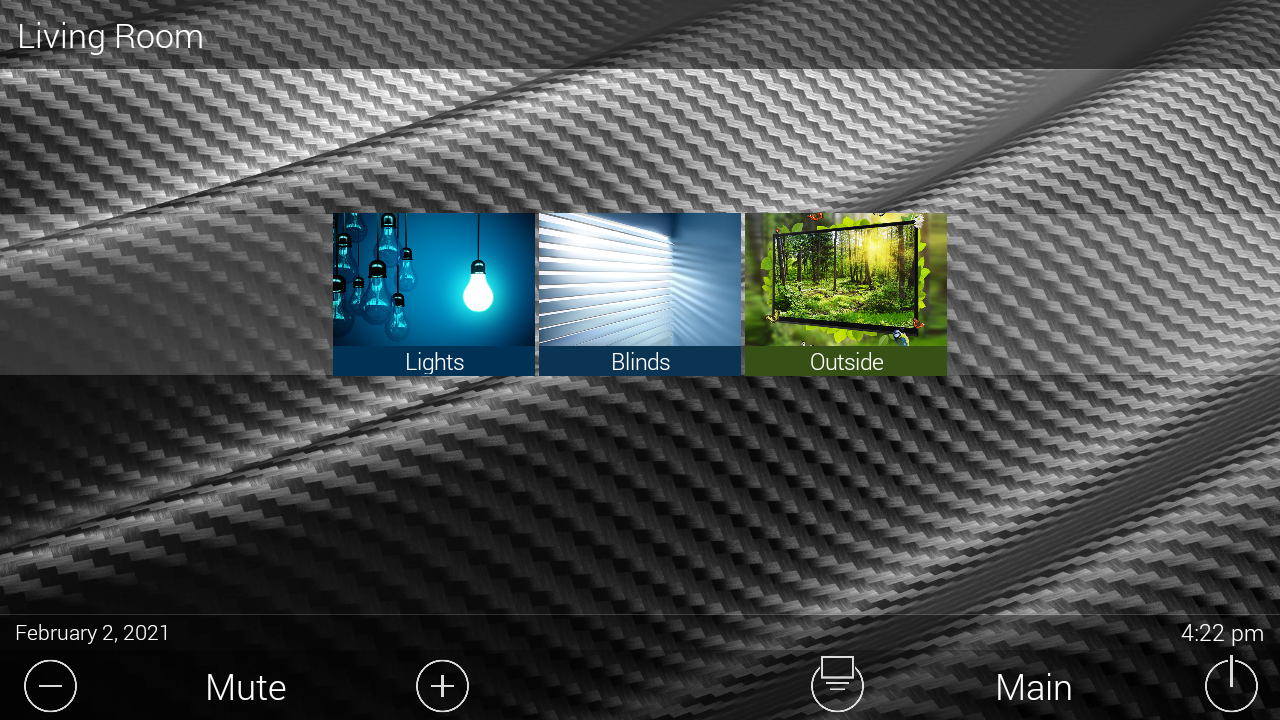 The module supports the following features

UI based configuration
The entire configuration is done from the UI, no need to enter any C-Bus details into the parameters in Accelerator. This make is simple to add, remove or reconfigure lights without the need to re-upload your project. 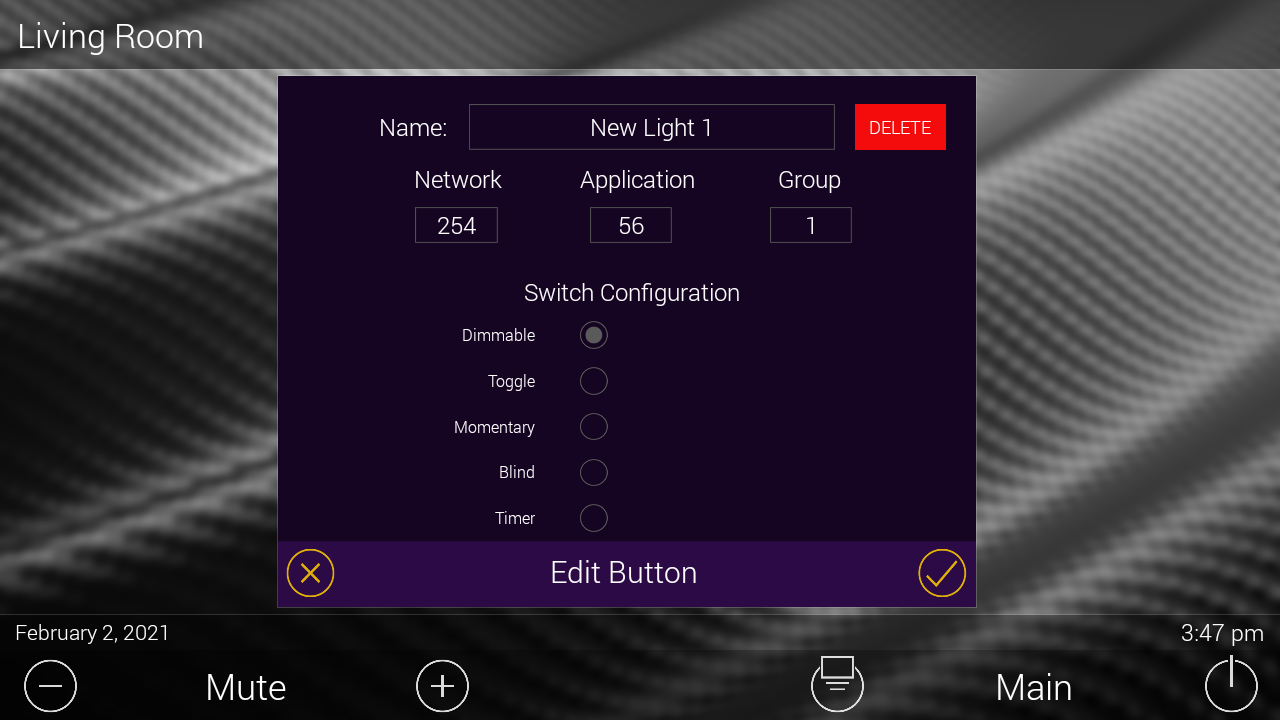 5 Button types
There are 5 different ways to configure the buttons the user interacts with. All of the buttons with the ewxception of the blind control have a toggle control on the right but you can also press anywhere on the button to toggle it. 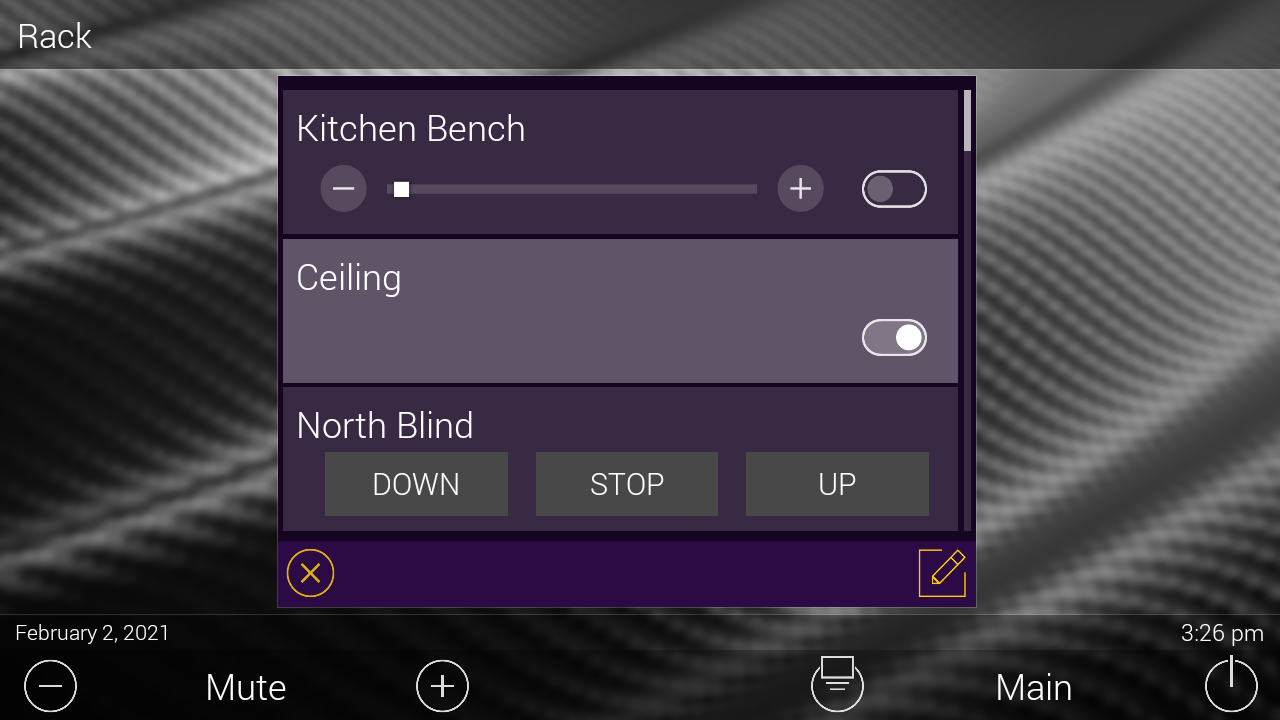 Dimmer
The dimmer type will show a button with a slider with up and down buttons on each end for precise adjustment. In addition it also has a dedicated toggle button for quickly turning the light on or off.

Toggle
The toggle type can be used for relay channels that only require a simple on/off control.

Blind
The blind type will reconfigure the button to show an Up, Down and Stop button. These buttons are designed to work with the C-Bus shutter relays. If you are not using shutter relays you probably want to use the momentary controls instead.

Timer
The timer type will will create a button that looks the same as a toggle but it has some extra configuration to set the amount of time the group will stay on for. The times get converted to seconds by the module so you can use any values for the different fields. For example, you could use 90 minutes instead of 1 hour and 30 minutes - both will work the same. 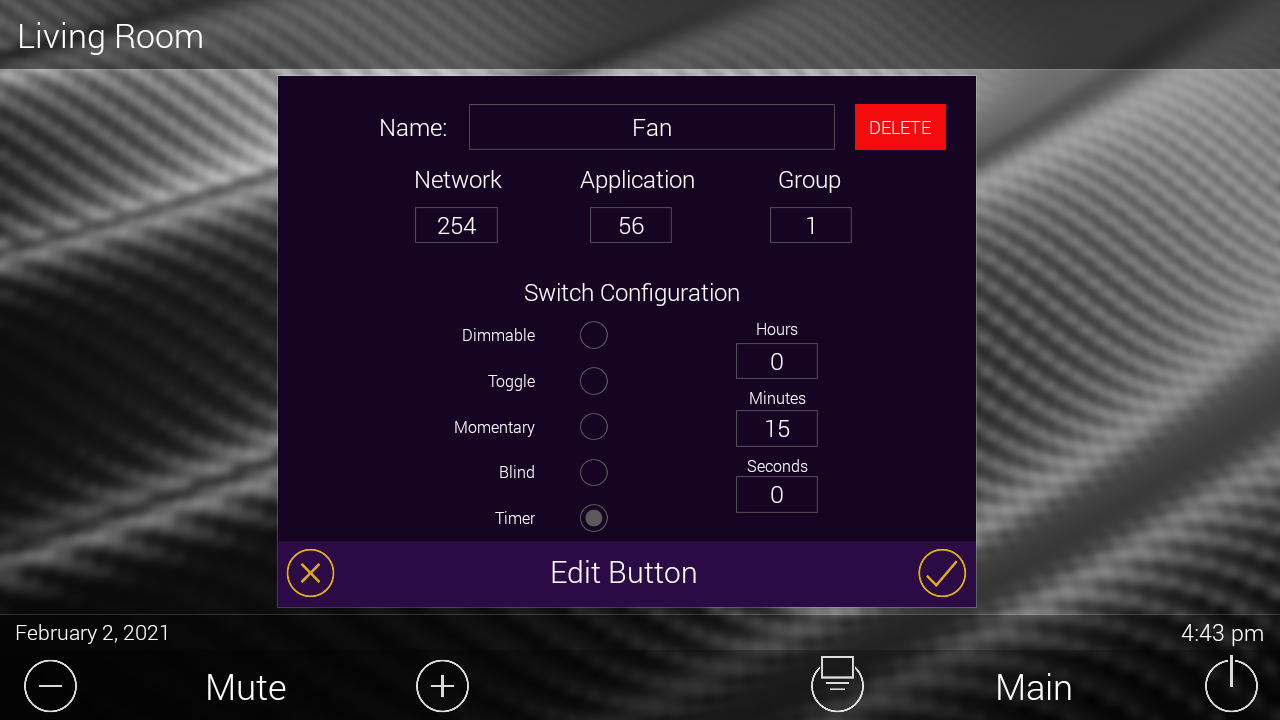 Group and Application aware
You can set both the group and the application allowing for comprehensive control over your C-Bus system.

Group Address triggers
The module has events for group addresses turning on or off for automation programming. Using this trigger you can easily automate devices that are not on the Cbus network. 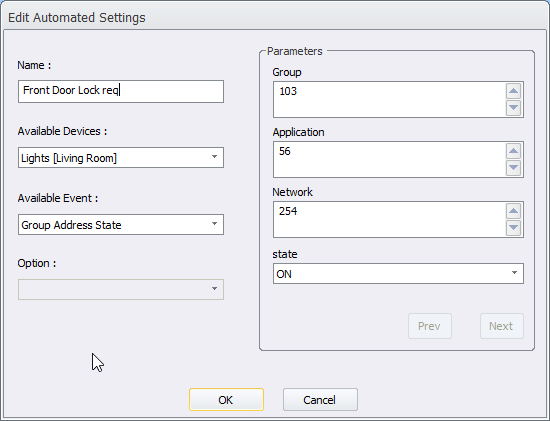 Control of any load with Two Way Commands
Using Two Way Commands you can turn loads or off or dim then to a specific level. You can add these together in a macro to create a lighting scene or simply use the on / off control to trigger a pre-programmed scene.

Control of Blinds with Two Way Commands
You can control of any blind or drape connected to a shutter relay using the Up / Down / Stop commands, or send the blinds to a specific level with the Blind Level command.