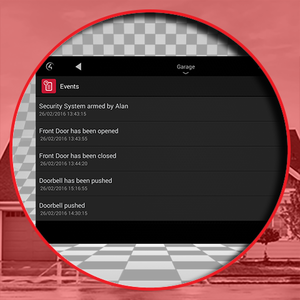 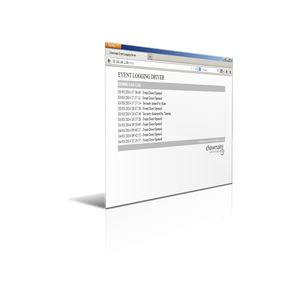 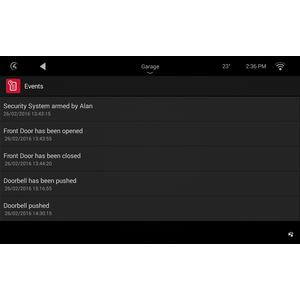 The Control4 Home Automation system has built in logs in the form of debug logs. Unfortunately these logs are used by multiple devices and drivers and have alot on information in it that can be confusing. Sometimes you just want to log if a light turns on or when the security system has been armed.

Chowmain has developed a simple to use event logging driver that stores programmed actions in a file stored on the controller. This file can be accessed via an inbuilt web page or via the file share.

This driver is useful in the following situations and much more.

Why do you only support OS 2.6 and above?
OS 2.6 offers a superior security encryption algorithm and a new and improved driver format. We have decided to only utilise this new format to ensure that the integrity of this driver is not compromised and that we can provide the best dealer/user experience available.

Version #20160229 - 29-FEB-2015
Fixed issue with dates on Flash based navigators.
Added ability to reverse list order for navigators. This is chosen in the properties page.
Added Driver Name to command. Will help distinguish drivers if you have multiple instances. Note this won't update existing programming. Will only work with new programming.

Version #20151230 - 30-DEC-2015
Added the ability to change the log filename. This in turns lets you add multiple instances of the driver for seperate logs.
Added clear log action. This will allow you to programmatically clear the log file.

Version #20150407 - 07-APR-2015
Resolved issue where driver on 2.6 systems would fill out controller storage causing system stability issues. This only happens for extensive logging.