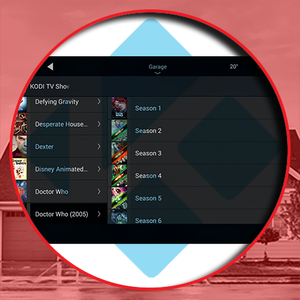 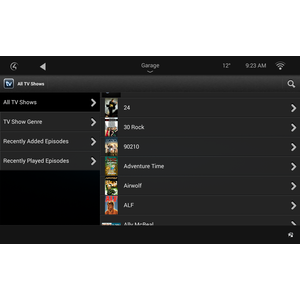 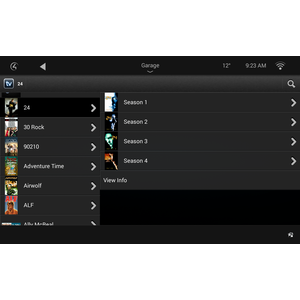 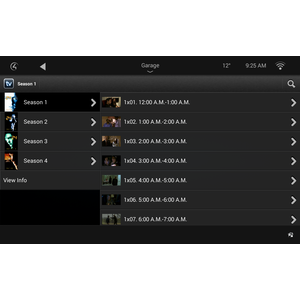 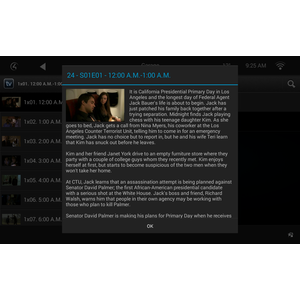 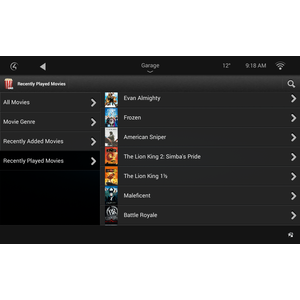 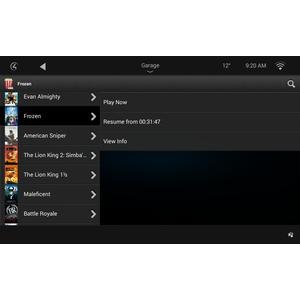 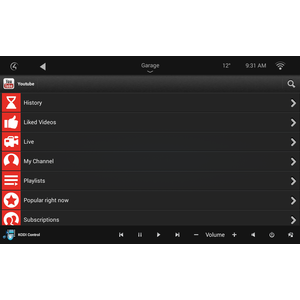 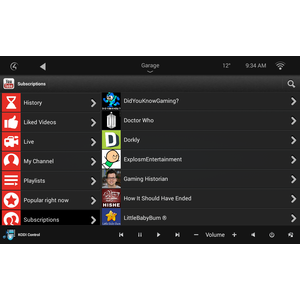 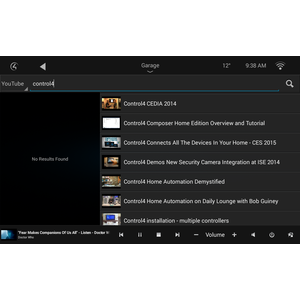 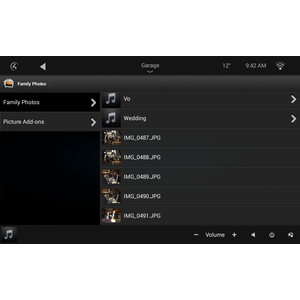 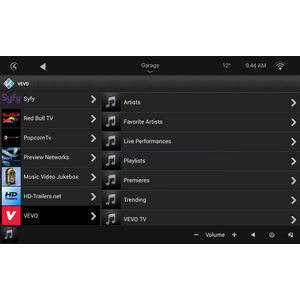 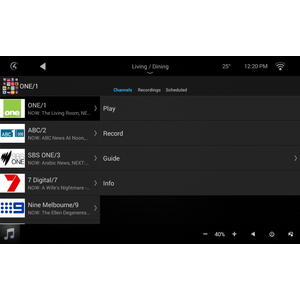 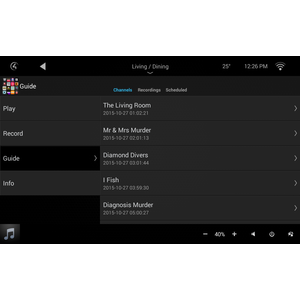 This driver is developed for the Kodi Entertainment Center (formerly known as XBMC).

This driver will allow you to create the most seamless movie experience whether it be in a home theater or in your living room.  It is the most feature packed media player driver available for Control4 to date.

Why is this driver called KODI Full?

Initially we wanted to make the best KODI driver around however as we kept working on it our aspirations just kept getting higher and higher.  As such the development efforts and timeframe has expanded exponentially.  To get the driver to market quickly we decided to make two drivers.  KODI Lite and KODI Full.  Kodi Lite is still one of the best media player drivers on the market with exceptional features.  Kodi Full however is THE best media player driver on the market with full library navigation, live meta data, cover art and more.  They are both priced accordingly.  Some people won't want all the features available in KODI Full so we've made KODI Lite which is priced to suit.

What is the difference between KODI Lite and Full?

Kodi Full has everything Kodi Lite has but also has the ability to browse and search Movies, TV Shows, Youtube, VEVO, Video Files, Video Addons, Music Addons, Music Library and Music Files.  This enriches the Control4 Navigator user interface with video browsing and searching capabilities it doesn't normally have.

We modified more than 100 of the Sony FY15 Android TV drivers to support connectivity to our Kodi driver.  Just update your current driver with the version linked at the bottom of this page.  After a restart of Control4 you will find new bindings to connect the Kodi driver to.  This means every Sony Android TV in your home can now be its own media player.

This driver also supports the Videostorm IRUSB dongle.  The IRUSB dongle allows us to integrate our solution into Android based devices such as Amazon Fire TV, Nvidia Shield and Xiaomi Mibox.

Why do you only support OS 2.7 and above?
We utilise methods exposed only to the Control4 OS 2.7 Driverworks software development kit.  It will not work with any lower versions of OS.

Version #20180730 – 30-JUL-2018
⦁ Fixed IRUSB drivers for youtube, amazon prime.  Added playstation vue.  Note you need to delete and re-add the mini drivers in as updating does not fix them.

Version #20180226 - 26-FEB-2018
⦁ Added IRUSB Auto Room On functionality. This is activated when it detects audio output. Useful for chromecast functionality.
⦁ Added sequence for room off for IRUSB. This is to ensure that most apps will quit correctly and not automatic room on again when audio is detected once off.
⦁ Added 2 minute disable for auto room on upon room off command. This is to make sure the room doesn't turn back on again when kodi launches upon room off.
⦁ Changed Play, Pause and Stop commands to make it compatible with Google Play Music.
⦁ Fixed issue causing Kodi crash on room off.

Version #20180214 – 14-FEB-2018
⦁ Kodi's JSON-RPC commands don't bring the nvidia shield out of screensaver mode and you can't disable the screensaver on the shield! Set it up so that IRUSB mode now sends certain IRUSB keypresses to take the shield out of screensaver.
⦁ Changed IRUSB and LANMOTE behaviour so that on room off it will relaunch Kodi. This will ensure that you can still browse the library from Control4 navigators whilst the room is off if you were on a different application.

Added support for VideoStorm IRUSB.  This adds IP control for android devices like Amazon Fire TV and Nvidia Shield along with IR output to control another device.  Note you need to purchase the device to use it.

Fixed episode browsing in TV Show mini driver for languages other than english.